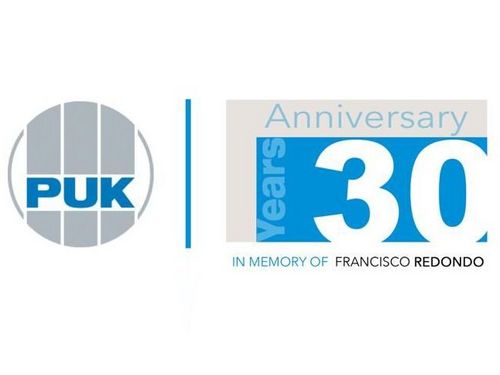 This year our Spanish subsidiary celebrates its 30th anniversary. The PohlCon GmbH congratulates her on this beautiful event.

Our subsidiary PUK-Portacables, S.L. is celebrating three decades of successful company history this year. We rejoice together with its employees and take a brief look at the company's exciting journey.

The beginning is made

It all began with the refurbishment of the old SEAT Martorell plant in Barcelona. The project was scheduled to take about three months, but gradually became more and more extensive. In total, the works extended over almost three years, during which the then PUK-Werke KG was responsible for the execution and installation of the entire cable support systems.

During this phase the idea was born to establish an own branch office in the Spanish coastal metropolis. Finally, in 1992, a team led by Francisco Redondo Perez, who later became managing director for many years, rented a small building with the surplus material of the SEAT construction site - the birth of PUK-Portacables, S.L.

Although the young company had to adapt to the many differences of a foreign market, the distribution of PUK products was very successful. The 300m2 storage space of the old building was quickly exhausted and Portacables moved to its current location in Abrera. Now the company had 1700m2 more at its disposal and this was first the beginning.

Already in 1995 an additional branch of PUK-Portacables, S.L. was founded in Pamplona. Here, the original focus was on the support of the nearby VW plant. But in the meantime, the branch's area of operation extends to the entire northern region of Spain and also includes technical customer service on a national level.

With know-how and vision

Especially with regard to modern energy supply, the elementary preliminary work of the company in developing the solar business for PohlCon GmbH must not be forgotten. Its results led in 2011 to the foundation of PUK-Solar GmbH & Co. KG - another success story of our subsidiary. And certainly not the last.

We look forward to the coming decades of successful cooperation with PUK-Portacables, S.L.

We accompany you with expert advice, for every application. For day-to-day work in which much becomes easier and for increasing gratification in successful results.

Register for the PohlCon newsletter to be informed about exciting topics such as product innovations of our brands PUK, JORDAHL and H-BAU Technik.